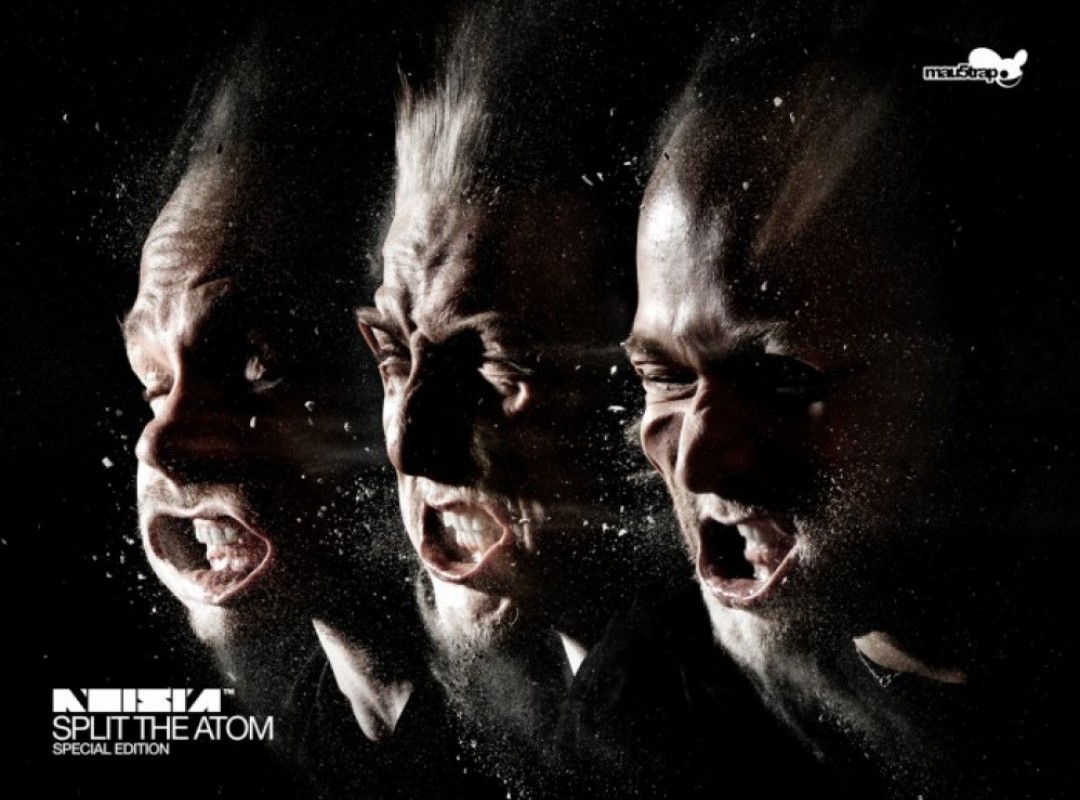 Original, emotional, visceral. These are all words that are used to describe Noisia’s music and each is more than justified. In less than a decade the Dutch trio, renowned for their unparalleled technical skill, has gone from releasing drum & bass on now defunct independent labels to crossing multiple genres, scoring for triple A video games, having their music used on trailers for Hollywood blockbusters and producing and remixing tracks for some of the world’s biggest artists.

Working from their studio in their hometown of Groningen Nik Roos, Martijn Sonderen and Thijs de Vlieger have gradually developed and cultivated a sound that’s all their own; a sound that’s obsessed with production techniques; a sound that’s instantly recognisable whether you’re hearing three minutes of a Noisia track dropped at a festival or three hours of it while playing Devil May Cry 5. Having pushed the envelope and successfully managed to blend incredible sound design with unrelenting and uncompromising beats and basslines, Noisia’s sound is undoubtedly unique.

In 2003 the trio released their first forays into drum & bass on underground labels such as American label Shadow Law Recordings and Glasgow-based Nerve. From there it wasn’t long before those at the top of the D&B scene began to take notice, as legendary imprints like Moving Shadow, Renegade Hardware, Subtitles and DJ Friction’s Shogun Audio all lining up for the latest Noisia release. In just two years the young Dutchmen had become the go-to producers for hard and heavy beats and had remixed one of the D&B scene’s biggest anthems, Konflict’s ‘Messiah’.

Taking the next logical step, the group decided to set up their own label. Having gained their name by reading an upside down VHS tape with the word ‘vision’ written on it, Noisia re-inverted polarities and Vision Recordings was born. Vision has played host to a series of Noisia’s best singles and EPs, including the anthems ‘Stigma’, ‘The Tide’, ‘Dustup’ and KRS One vocalled ‘Exodus’, meanwhile the group began forays into remixing the likes of Pendulum, Moby and Amon Tobin and producing tracks for other artists such as Foreign Beggars’ ‘Contact’ an incredible bass music/hip hop fusion which was way ahead of its time: All of which led to the release of their debut album ‘Split The Atom’ in 2010.

‘Split The Atom’ was a departure from the norm, featuring a wide range of sounds and styles, but all with that distinctive Noisia sound. This was a culmination of seven years of studio knowledge and musical experimentation and it was received with such resounding success that deadmau5 picked it up for a Special Edition re-release on his own mau5trap label. Packed with dance floor anthems and more subdued moments, ‘Split The Atom’ was a milestone in Noisia’s already glittering career.

Enlisted by the likes of Skrillex, Labrinth, deadmau5, Mark Knight ft. Skin and The Prodigy for remixes, Noisia’s career continues to grow as the Dutch trio have become one of the hottest DJ- production outfits around; a fact confirmed by numerous awards, including being voted Best D&B Act three times at the Beatport Music Awards. Noisia were commissioned to write three tracks for Korn’s album ‘The Path of Totality’ and have written and licensed music to video games including Devil May Cry 5, Wipeout 2048, Gran Turismo, Ridge Racer and SSX Snowboarding and blockbuster movie trailers, including the launch trailer of Transformers 3: Dark of the Moon.

Meanwhile the group continue to pay homage to their roots by signing and developing some of the most exciting bass music artists to their Vision, Division and Invisible labels, travelling the globe and destroying some of the biggest festivals and arenas in the world - from Coachella to their own Noisia Invites events at Amsterdam’s infamous Melkweg and their own hometown of Groningen. No matter what Noisia’s vision is clear, these incredible producer’s producers will always stick to their guns, pushing an uncompromisingly original, emotional and visceral sound.