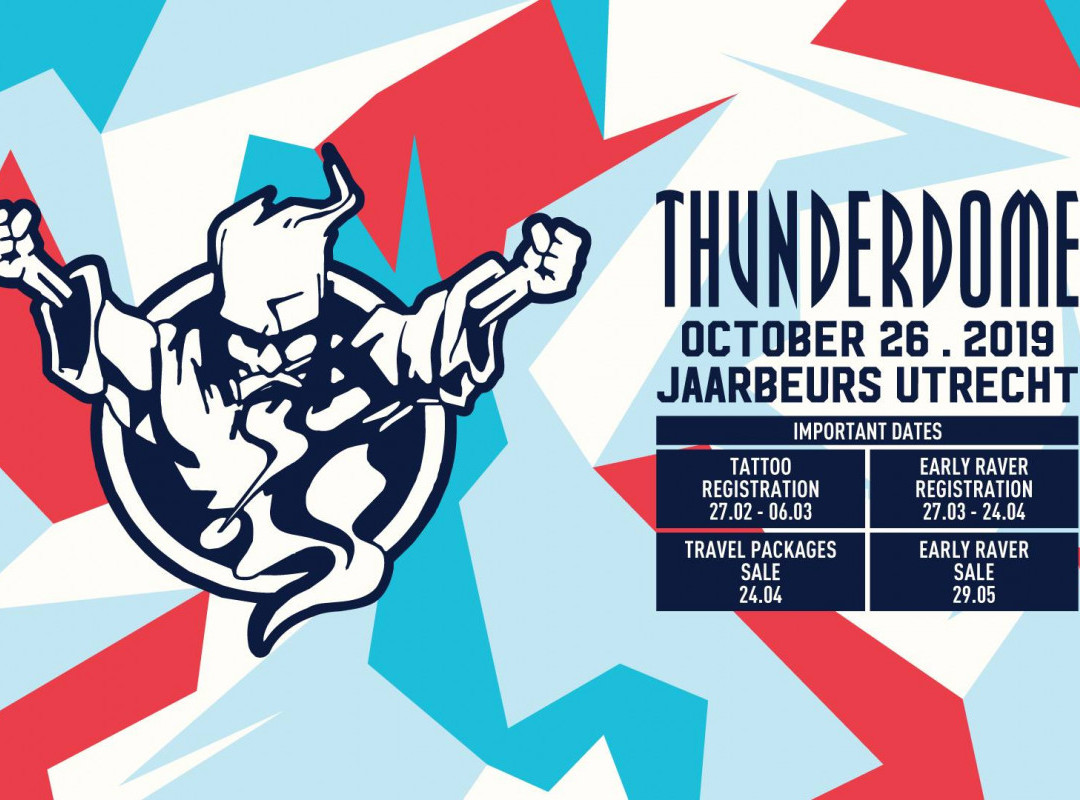 Thunderdome is back in Jaarbeurs Utrecht on October 26th 2019 !!!

On October 26, Thunderdome returns to Jaarbeurs in Utrecht. In 2017, the legendary Hardcore-concept made a huge comeback after an absence of five years. The event sold out in the pre-registration phase and welcomed over 40.000 ravers from 54 different nations.

Ever since its first edition in the nineties, the concept grew out to become the number one Hardcore-brand in the world. Who thinks about Hardcore, thinks about Thunderdome.

This edition is dedicated to the ‘gabber’. They are the ones that made Thunderdome legendary in all these years: “Together we are hardcore!”.

Hardcore has been one of the strongest youth/music-cultures in the Netherlands for the last 30 years and crossed the borders to other nations as well. It’s both hated and loved by the public. The subculture took on several forms and created different subgenres in the last three decades. From Classics to Industrial, Frenchcore to Uptempo and Terror to Early. All these subgenres host a stage in Jaarbeurs in Utrecht and therefore this venue will become the Holy Grounds of Hardcore. Thunderdome is back!

The line-up will be revealed soon...

⚠ Thunderdome 2019 is completely sold out!

There are still some hotel packages (incl. tickets) available via http://travel.thunderdome.com.