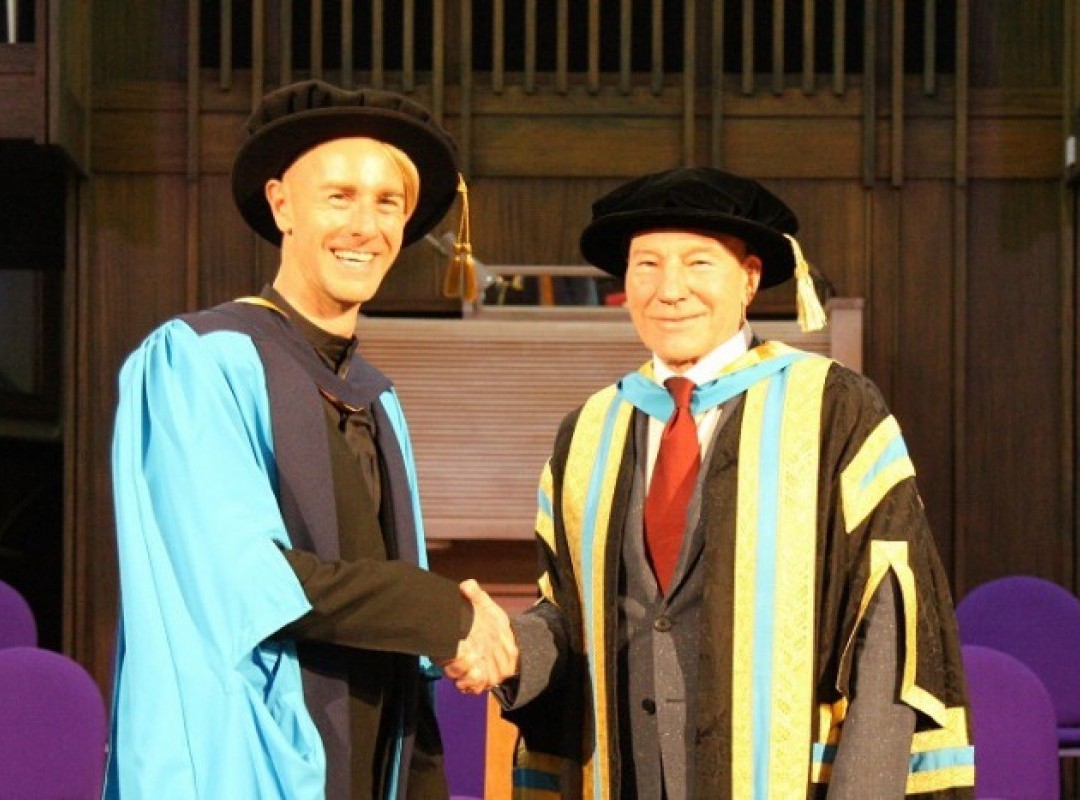 Richie Hawtin was today awarded the Honorary Doctorate of the University of Huddersfield for outstanding contribution to the world of music technology (Hon DUniv). The pioneering electronic artist, who recently completed his second music-educational tour titled CNTRL, is one of eight distinguished people from the worlds of media, science, enterprise,…beri dalje 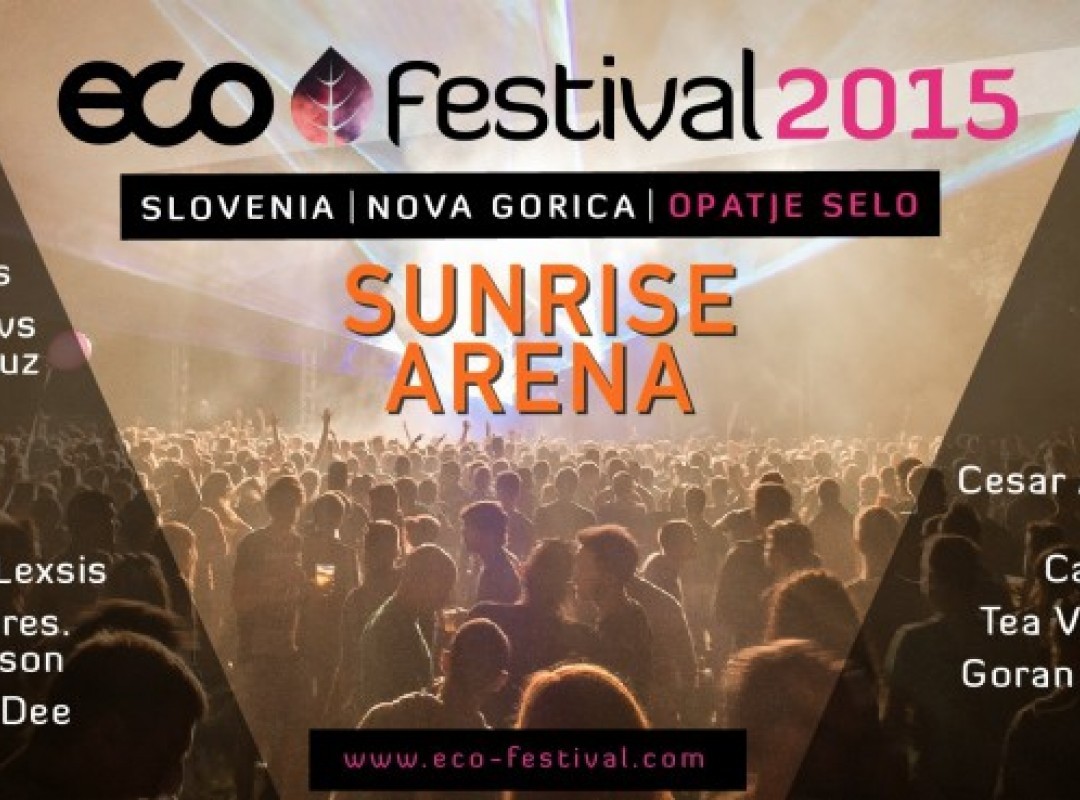 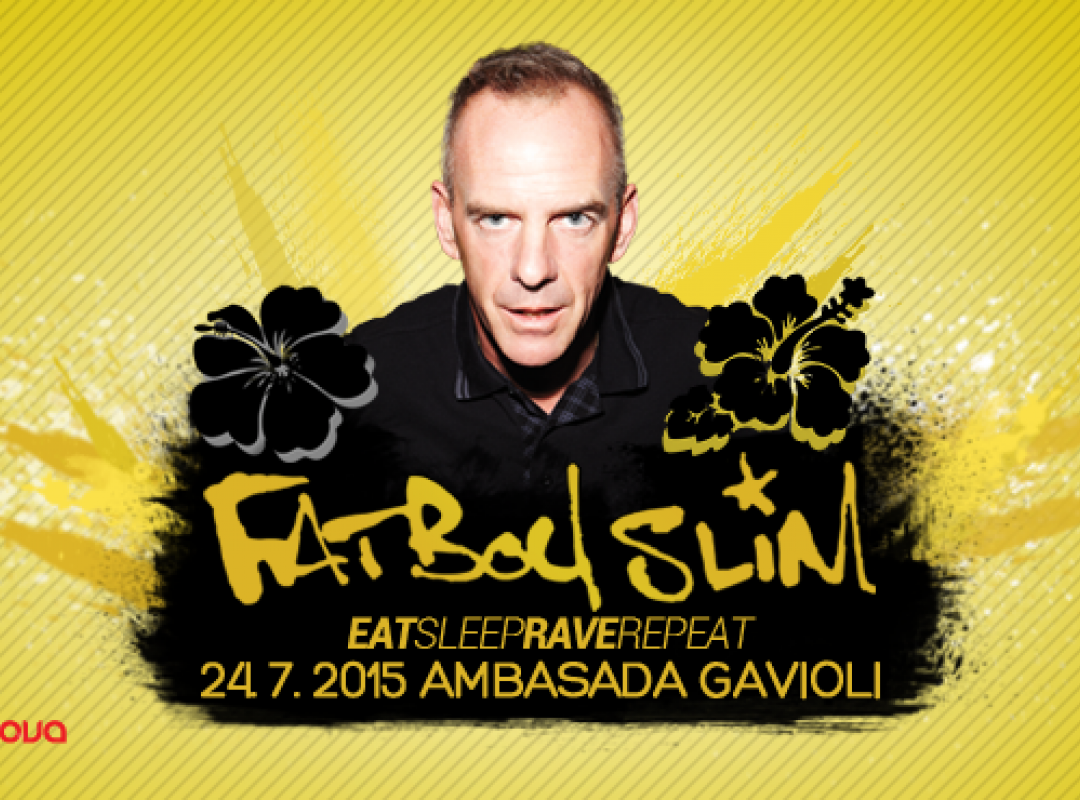 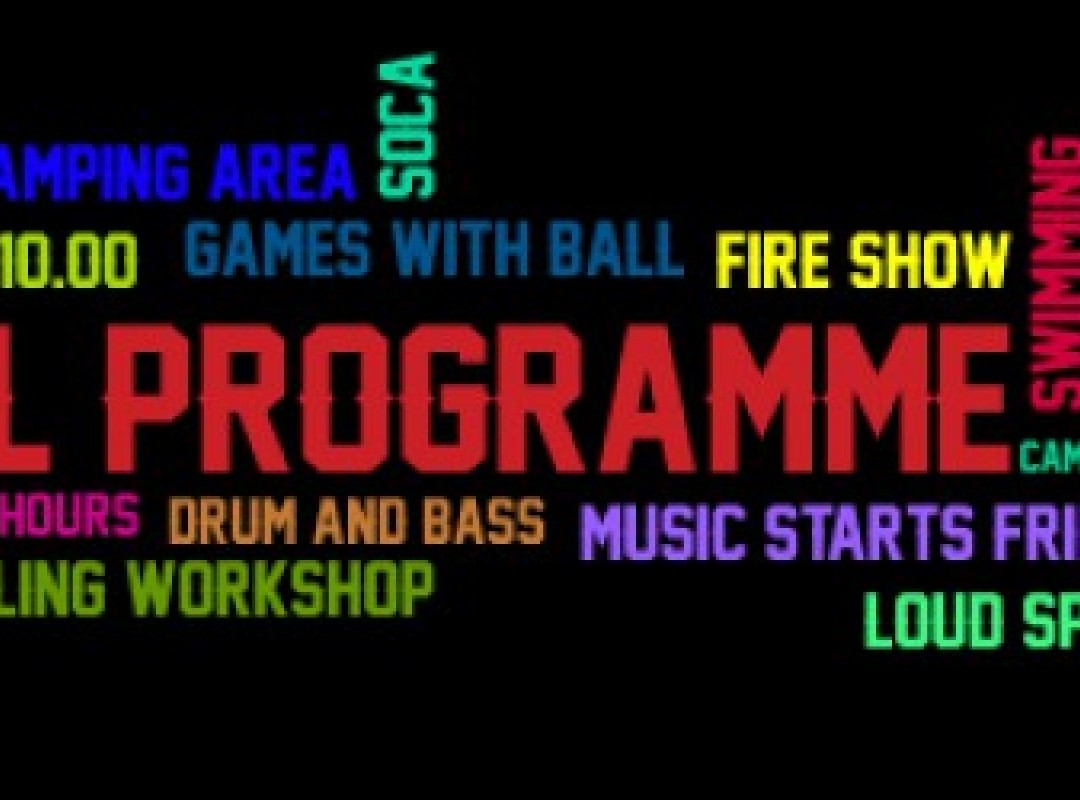 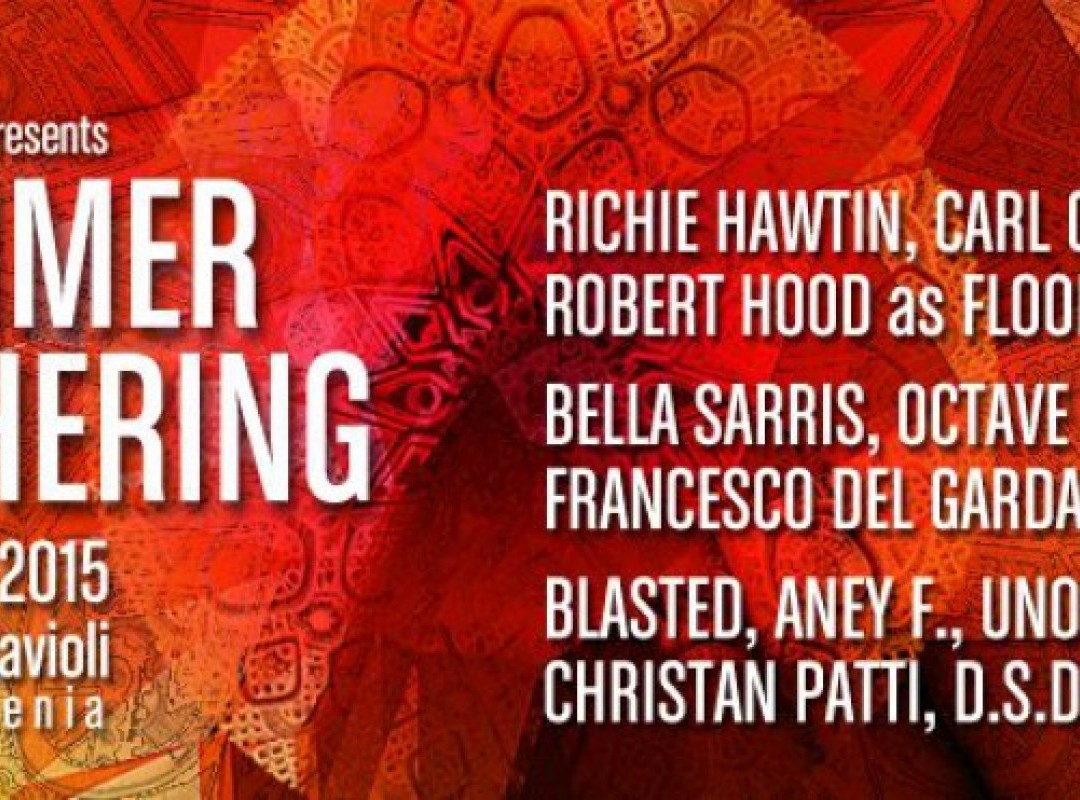 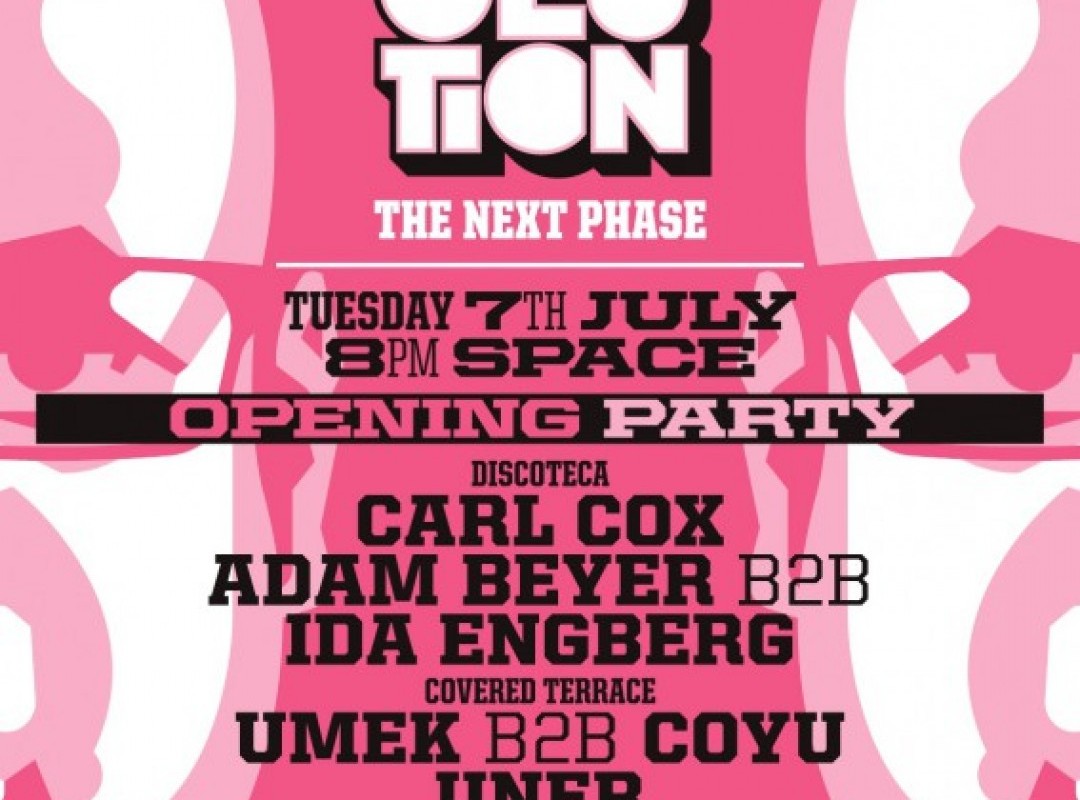 CARL COX ‘MUSIC IS REVOLUTION’ THE NEXT PHASE

Carl Cox and Safehouse Management complete their line-up today, with the final announcement of who’s playing the last four weeks of Music Is Revolution – The Next Phase. Lynn Cosgrave: “I am so excited about this year and we really feel the line-up is one of our best in 14…beri dalje

Richie Hawtin was today awarded the Honorary Doctorate of the University of Huddersfield for outstanding contribution to the world of music technology (Hon DUniv). The pioneering electronic artist, who recently completed his second music-educational tour titled CNTRL, is one of eight distinguished people from the worlds of media, science, enterprise, politics and the arts who received honorary doctorates from the University at an awards ceremony held at St Paul’s Hall. One of the UK’s most prestigious universities for technology, the University of Huddersfield was named Times Higher Education University of the Year in 2013 and is home to the largest community of music technology students in the UK. Hawtin’s award and ceremony was conferred by actor Sir Patrick Stewart OBE.

Hawtin, 45, who hails from Windsor, Ontario (Canada), has been a leading figure on the global electronic music scene since the turn of the '90s. Over the course of his illustrious career, he has founded seminal labels Plus 8 Records and M_nus, produced groundbreaking musical works as Richie Hawtin and Plastikman, collaborated with sculptor Anish Kapoor at the Grand Palais in Paris, performed at New York's Solomon R. Guggenheim Museum, and toured the globe with his cutting-edge shows and events, performing to thousands every week. More recently, he created the music-technology platform for education titled CNTRL: a college campus tour in the United States, featuring a series of daytime lectures on technology, production and the business of electronic music. The tour visited educational institutions such as Berklee College of Music in Boston and UCLA in Los Angeles, inspiring the next generation to participate more deeply into the genre of electronic music.

The mastermind behind innovative event concepts like ENTER. and CONTAKT, Hawtin has always been a fierce advocate of developing technologies. As well as collaborating with music software companies like Native Instruments, Ableton, Subpac and playing an instrumental role in the development of digital DJ technologies like Final Scratch, the entrepreneur has also established his own software company, Liine, evidence of his commitment to improving and developing the technology he uses for both production and performance purposes. Across all of these roles, Hawtin has continued to push the frontiers of music, art, and technology. In fact, in 2014, Hawtin alongside long time-collaborator John Acquaviva and other industry icons, created the Plus Eight Equity Fund – to invest in groundbreaking music technology companies covering areas such as wearable technologies, cloud services, education, music hardware and mobile application software.

Hawtin’s connection with the University of Huddersfield is intrinsically linked with this dedication to new technologies. It came around the time he formed Liine, a software development company designing Apps for the iPad and iPhone as a way to control DAW software and redefine the way people interact with sound. One of his fellow partners in the company, Nick Bougaieff, was studying for a PhD in electronic dance music at the University of Huddersfield at that time. Hawtin’s work as a producer and DJ featured heavily in that PhD, indeed as it has in a number of academic studies in that subject matter.

Speaking at the Oration, Dr Rupert Till, senior lecturer in music technology at the University of Huddersfield remarked:

“At one of his CNTRL educational events in American, Richie Hawtin said: ‘Electronic music is innately tied to the technology used to create it’. He is someone who not only understands the significance of this fact, but who has responded by becoming a leading light as a DJ, musician, event promoter, record company owner, and electronic music technology development company director, an international figure as an artist, performer, mogul and entrepreneur. Having left University at a time when one could not study music technology, in order to pursue his musical ambitions, and having found himself touring US Universities 20 years later to help students understand his methods, it is highly appropriate he is here today as a large number of music technology students graduate this afternoon. As the New York Times put it, ‘Hawtin is one of the electronic dance world’s intellectual forces.’ We hope there will be opportunities for that intellect to interact with and inspire Huddersfield students and staff in the future.”

The eight recipients to receive the award of Honorary Doctorate of the University in 2015 are:

Richie Hawtin states: “Today I went back to University and had the great privilege to accept the Honorary Doctorate from The University of Huddersfield – a faculty renowned worldwide for its attention and innovations with technology. I thank the University of Huddersfield for the honor of this award and congratulate the graduating class from the Music & Technology faculty! At its core, technology based music is driven by the constant innovation and development of technology. It is my belief that this is what will forever keep us feeling challenged, excited and inspired for what lies just around the corner.”

The Honorary Doctorate is the third significant accolade for Hawtin in the last 12 months. Last September, AIM: the Association for Independent Music, honoured him with the Outstanding Contribution to Music award in the UK. And at the Shimogamo Shrine in Kyoto, Japan, he was presented the Sake Samurai Award by the Sake Samurai Association. In addition, Hawtin was given the Key to Windsor on the first CNTRL tour in 2012. The award, presented at the University of Windsor by former Mayor Eddie Francis, resulted in Hawtin stating: “Getting an award like this from the city is important to me. But maybe its even more important for the next generation to see that this is a true art form.” The Doctorate today completes a series of awards in the three biggest area of focus in his working life: music, technology, and sake.